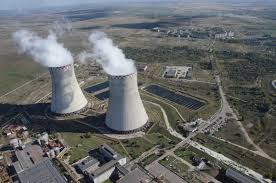 DTEK purchased an access for a year to a cross-border transmission capacity of up to 950 MW to export electricity to Hungary, Moldova, and Belarus. An auction on 18 December 2014 was held on a competitive basis; lots were offered with taking into account the restrictions and situation in the Ukrainian energy sector.

DTEK purchased the right to supply electricity in 2015 from the so-called Burshtyn energy island, with the capacity of 100 MW and restrictions to the ‘zero’ MW level in January, February and December.

“In 2012-2013, DTEK was developing the exports of Ukrainian electricity despite unfavourable price trends in external markets benefiting from the Company’s vertical integration and ensuring additional workload for its electricity generating and coal mining enterprises,’ said Vitaly Butenko, Commercial Director of DTEK Energy. ’This helped maintain Ukraine’s position in the European energy market and guarantee exports to Hungary, Slovakia, Poland, Romania, Moldova, and Belarus. An abrupt devaluation of the national currency in the second HY 2014 and foreign currency exchange forecasts for 2015 have made exports potentially more attractive from the trading point of view.”

A cross-border transmission capacity offered at the annual auction was reduced significantly from 5,880 MW in 2014 to 2,150 MW in 2015 due to the situation in the energy sector of Ukraine. As of today, in view of the country’s capacity shortage, exports to Belarus and Moldova have been limited by a decision of the Ministry of Energy and Coal. Purchased cross-border transmission capacity to those countries in 2015 can be used once the situation gets stable.

Only 100 MW out of available 650 MW were auctioned for the European direction, though as the Burshtyn energy island is synchronised with the ENTSO-E grid it cannot satisfy the demand of other Ukrainian regions as it is not connected to the united energy system (UES) of Ukraine. Technologically only two out of 12 power units at the Burshtynska thermal power plant can supply electricity to the Ukrainian UES, and those units have been running in the UES of Ukraine since August. Exports are provided by power plants running on G grade coal, which is produced in Ukraine in sufficient amounts.